The #CataniClocktower on the #UpperEsplanade, one of largest memorials to anyone really, and definitely for an engineer! Catani was Italian, and studied in Florence, before coming out here in 1876, got a job at the Lands Department, and by the 1890s was responsible for big projects like draining the KooWeeRup swamps and straightening the Yarra and creating Alexandra Ave, where he went for a wide European avenue effects with 3 rows of trees and a riding path, then in 1906 started on the St Kilda foreshore beautification, filling in swathes of sandy scrub and laying out what’s now the Catani Gardens, seaside walls and paths, the Catani Arch, etc etc. He also lived in #StKilda, and was much mourned when he died in 1918. More than 10 years later in 1929 the St Kilda Council decided to build a memorial #clocktower on the upper Esplanade (where there had been bandstand), supplying a large part of the funds, as did the Foreshore Committee, some from Luna Park, the rest from individuals. Geelong Architect #NormanSchefferle won a competition for it out of 45 entries with a design described as Florentine, referring to Catani’s heritage (though pale patterned bricks and thin classical details is really the 1920s version of Florentine, rather than being much like anything there!). A bust was sculpted by noted artist #PaulMontford. It was dedicated August 22 1930 i the presence of his daughter Enid. (Info from a great blog all about Catani) I’ve just seen that in 2018 it was decided to add the never installed chimes (digitally) but don’t know if it actually happened. It’s a very fine design but lacks the presence it really should have due to the #palmtrees on the Esplanade dominating, and from the beach side you can only admire it from some distance. 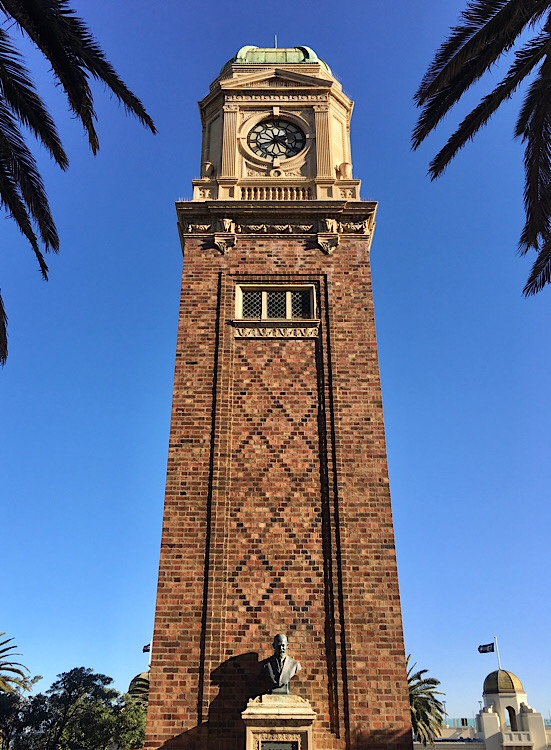 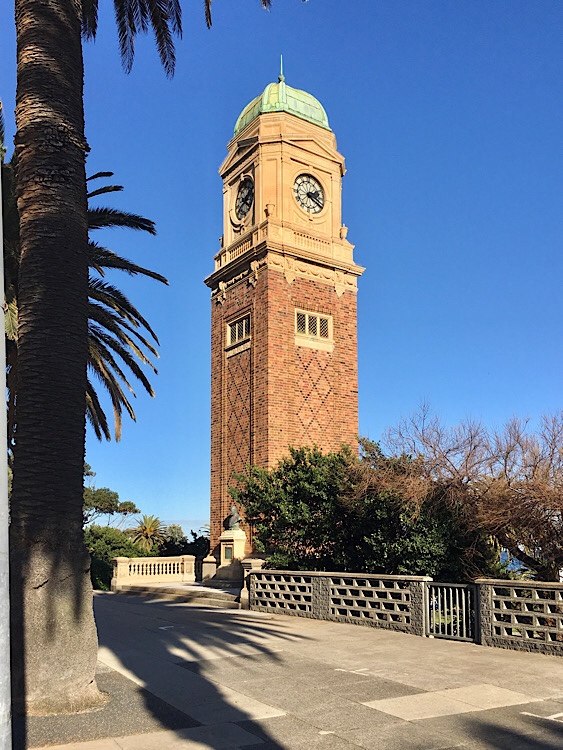